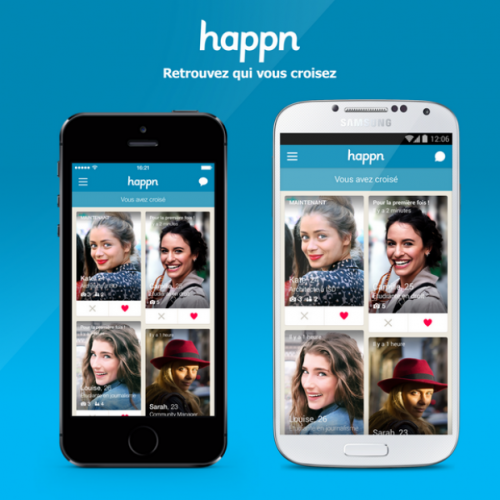 Happn is a new type of dating app that pairs you with people you pass by everyday. As they put it:

To me this is very much a great digital application of the “Missed Connections” section of the newspaper/craigslist. If you pass by that special someone on the street, lock eyes, share a moment… then walk away. It’s happened to all of us (or did it happn? :P) and this app finally allows people a way to fix this issue – assuming the other person is on the app as well. It also tells you how often you have passed by the person, and where it was that you crossed paths (shown on a google map)

I’ve been using it for a week now, but haven’t messaged or sent “charms” or “crushes” to anyone. However, it is really interesting to see who passes by me everyday.

In terms of the app design, I think it is very nice and simple, utilizing some of the key tropes of material design (using this on my HTC One M9 Android phone).

The main view is a (what apple would call) UI Collection View, aka a sort of bin board of little images/text fields. You have three options when tapping on each persons image: see more (opens a profile), cancel them from your feed, or save them as a favorite.

Otherwise a top navigation bar allows you to open up a hamburger menu from the left (only with settings preferences that can be set occasionally, so not a bad use here) or a messages button which will open up any messages you have active.

From what I can tell by looking at screenshots, Happn utilizes pretty much the same design between the Android and iOS versions. I couldn’t visibly see any differences, but would be interested if someone with an iPhone would download and let me know!!! 😀 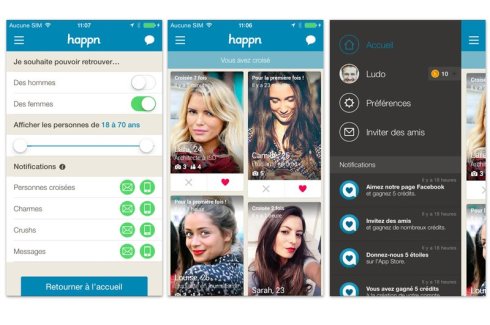 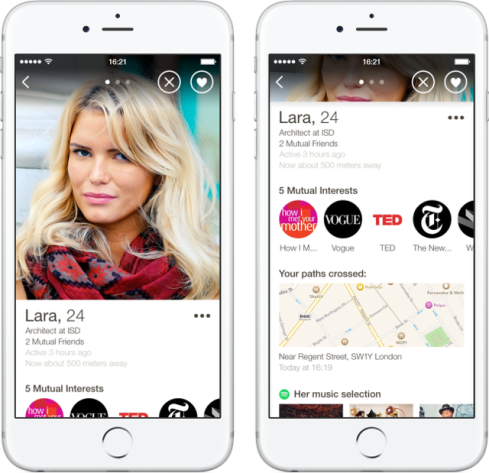 One thought on “#ThursdayPlays – Happn”